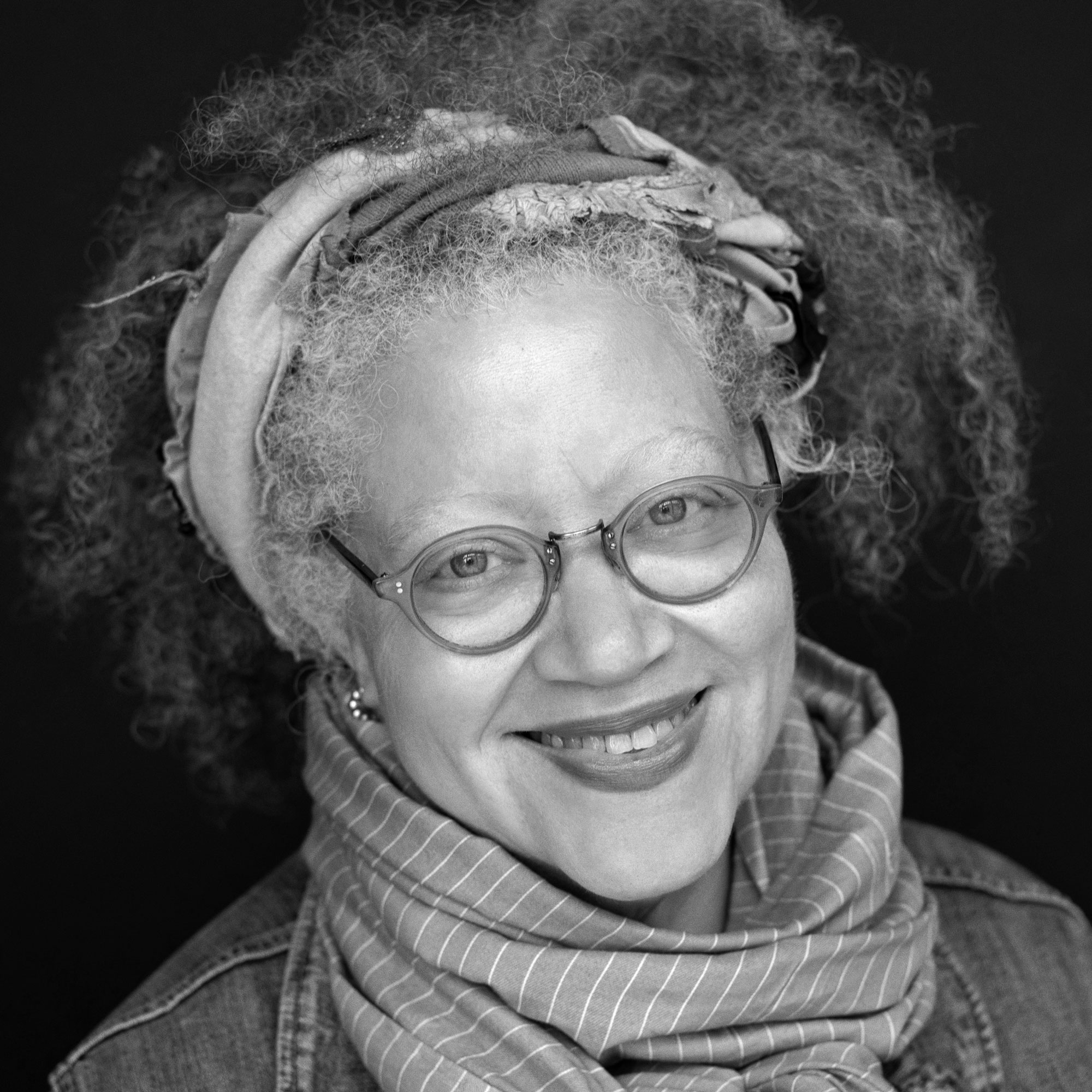 Gail Anderson is a New York-based designer, writer, and educator. She is a partner with Joe Newton at Anderson Newton Design. Gail developed her type style and incorporates it into commercial fonts, lettering, old advertising posters, vintage signage, pages from antique specimen books. She is currently focused on creating artwork and campaigns for Broadway theater, while teaching at the School of Visual Arts MFA, undergraduate, and high school design programs. The recipient of the 2008 Lifetime Achievement Medal from the AIGA, as well as numerous other awards, she has lectured about design (and her bottle cap collection) at organizations and conferences around the world.
Photo Credit: Nir Arieli 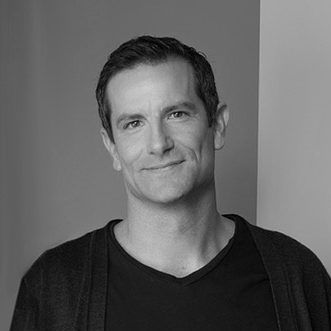 Brad Bartlett is a designer, educator, and author. The work of his Los Angeles-based design studio has been recognized by the Art Directors Club, Type Directors Club, Communications Arts, Dezeen, AIGA 50 Books/50 Covers, Graphis, I.D., How, and Print, among numerous others. Brad has been faculty at ArtCenter College of Design since 1999, and was awarded Great Teacher in 2003 and 2014. He is the Director of Transmedia in the Graphic Design Department where he has developed Transmedia pedagogy and overseen curricular implementation. Brad is also on-screen author at LinkedIn Learning, where he recently published a course on Transmedia Typography. 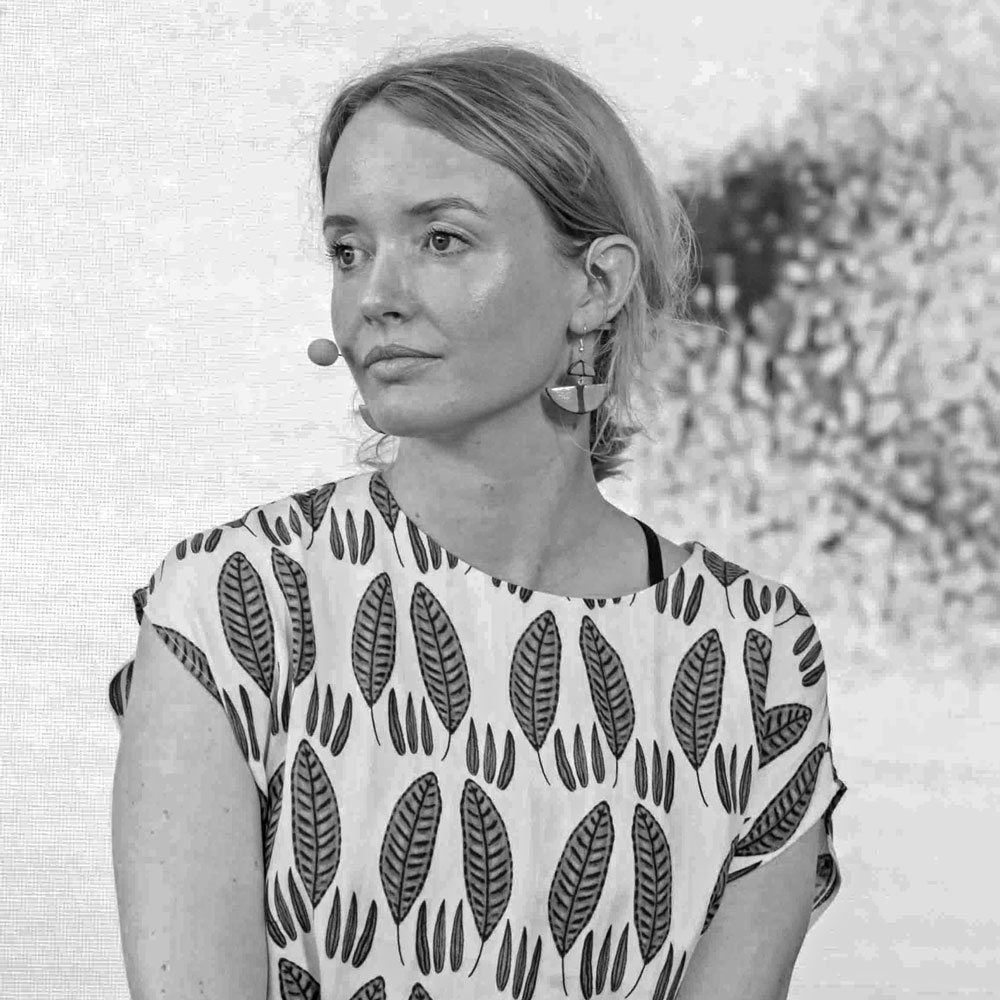 Tega Brain is an Australian-born artist and educator whose work examines issues of design, ecology, data and infrastructure. She has created wireless networks that respond to natural phenomena, systems for obfuscating fitness data, and an online smell-based dating service. Her work has been shown widely including in the Vienna Biennale for Change and the Guangzhou Triennial. She co-authored the book Code as Creative Medium with Golan Levin, published with MIT Press. 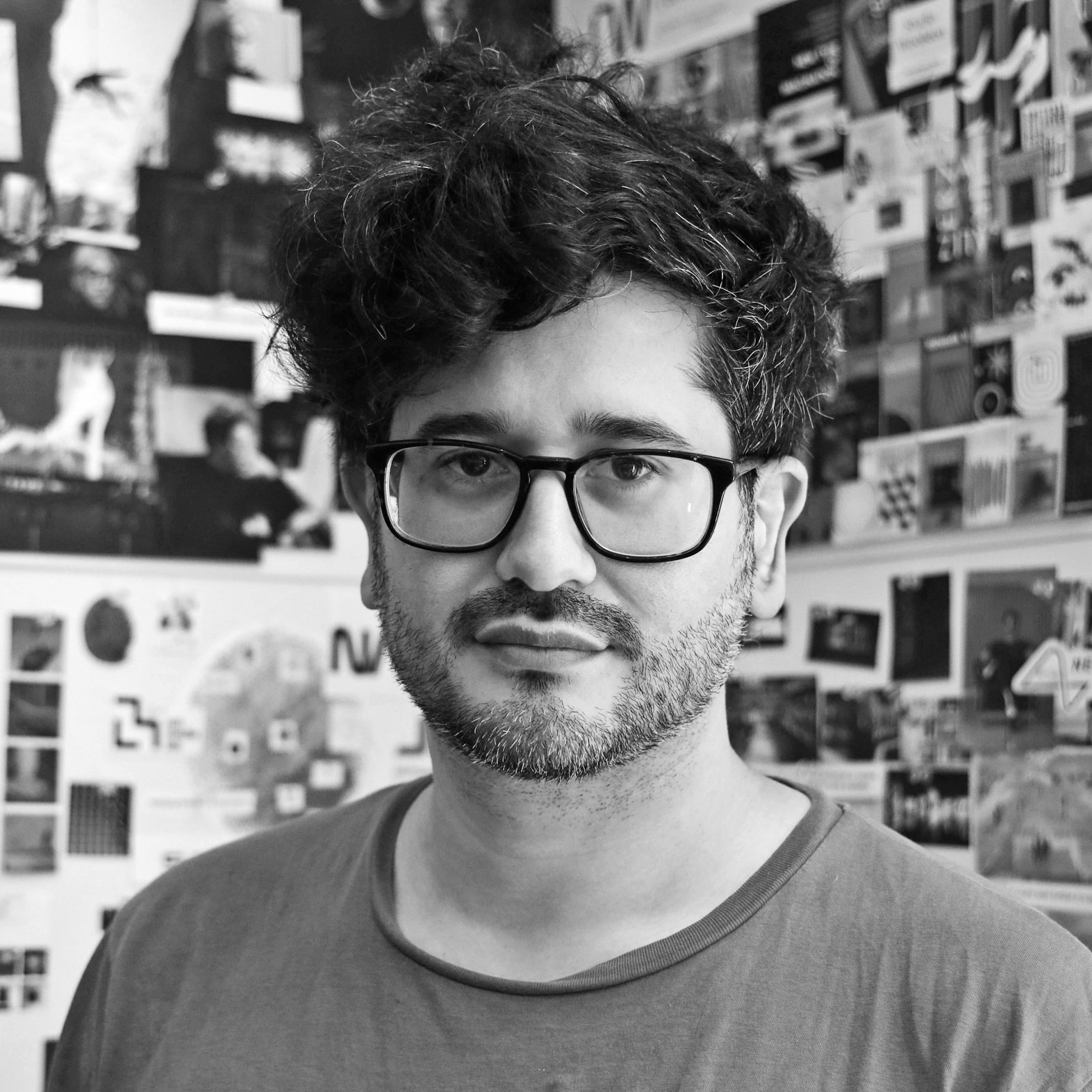 Ivan Cruz is a Los Angeles-based creative technologist, motion designer, educator, and installation artist. He graduated from ArtCenter in 2011 and has since freelanced on multiple spatial projects for top leading companies, including Apple, Google, Disney, Facebook, Netflix, and IBM. His works span from the large half-kilometer DAZZLE San Diego Airport installation to the handheld Symphosizer, a sound-reactive, typographic tool for the San Francisco Symphony. He currently teaches Mediatecture at ArtCenter where he focuses on human-centered design in a spatial medium, and helps empower students to think of radical approaches and fabricate their own creative tools. 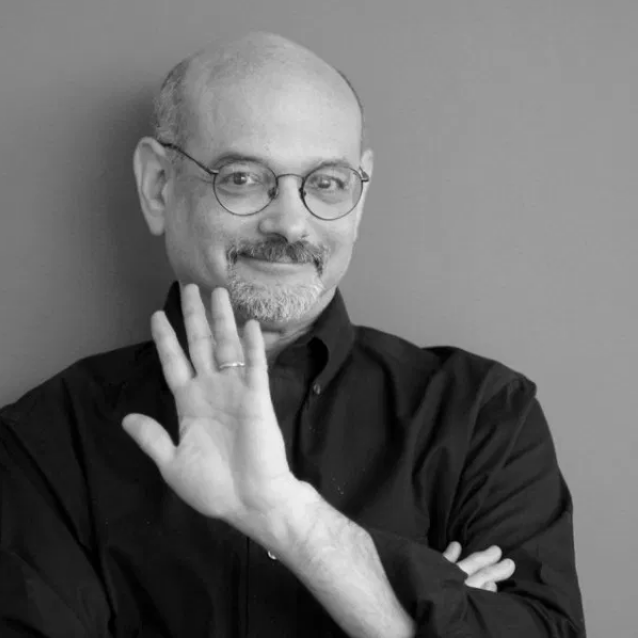 Steven Heller is co-chair of the MFA Design and the SVA Masters Workshop, Rome. He has written the Visuals column for New York Times Book Review, a column for The Atlantic, and The Daily Heller/Imprint, and is co-owner of Printmag.com. He has written over 190 books on design, illustration, and political art. Contributing editor for Design Observer and Eye, Steven is the recipient of numerous awards, including Art Directors Club Special Educators Award, Eric Carle Award, and AIGA Medal for Lifetime Achievement. He holds honorary doctorates from College of Creative Studies, Detroit; and University of West Bohemia, Czech Republic. 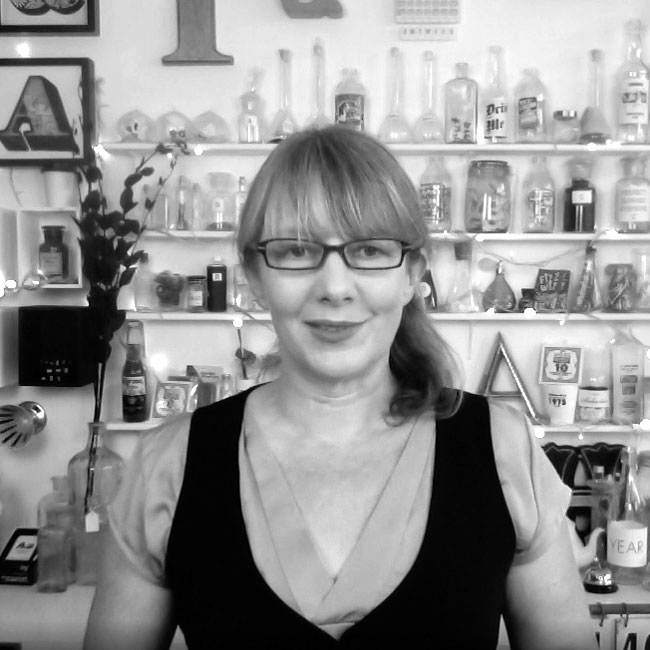 Sarah Hyndman is the founder of Type Tasting. She’s the author of books including Why Fonts Matter and How to Draw Type and Influence People. She’s a TEDx speaker, a regular on television and radio, a judge for the D&AD awards and has run workshops at SXSW, The Victoria & Albert Museum and The Design Museum in London. During the pandemic she created a series of online events and was joined by nearly 10,000 people. She has co-published two multisensory typography studies with Professor Charles Spence of the Crossmodal Research Laboratory at the University of Oxford. 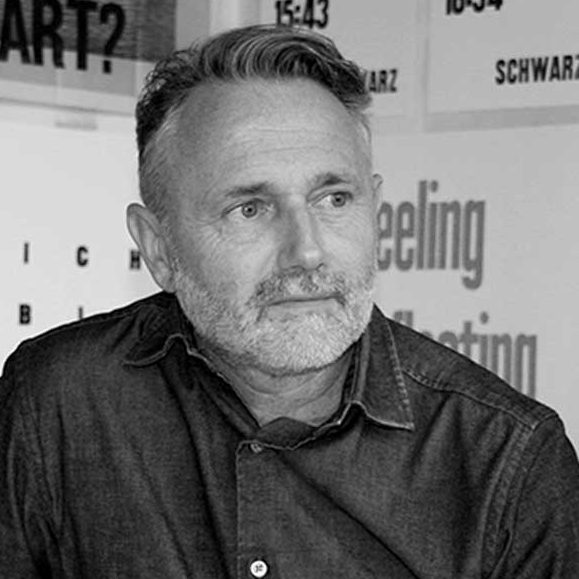 Professor Simon Johnston is Director of Typography in the Graphic Design Department at ArtCenter, supervising the typography curriculum, and Creative Director of HMCT. Born in England, he studied with Hofmann and Weingart at the Kunstgewerbeschule, Basel. In London in the 1980s he was instigator and co-editor of the typography journal Octavo. His current practice focuses on publications for galleries and museums. Clients include: the Whitney Museum, Gagosian Gallery, Getty Museum, Yale University Press, and Marian Goodman Gallery. He divides his time between education, book design, writing, and his own art/photography practice, including the Verb Editions publishing. His photography project Meridian was published by Steidl in 2020. 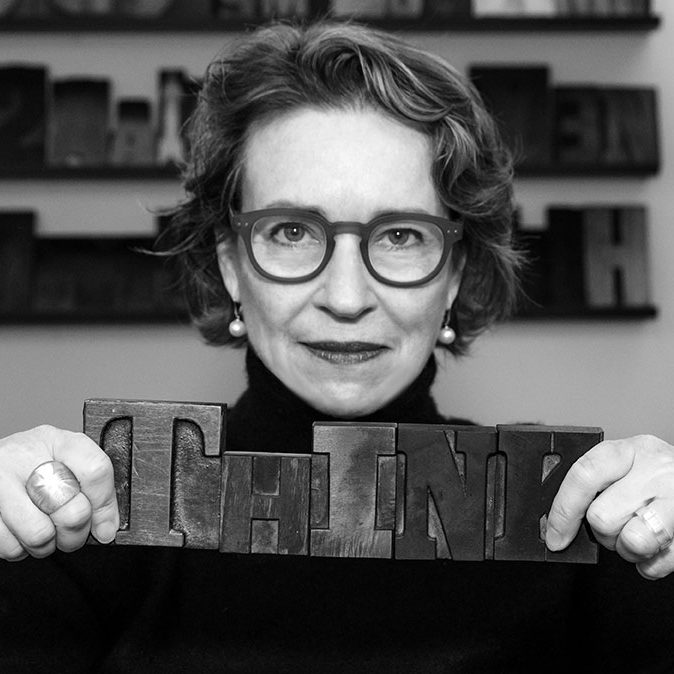 As a professor at ArtCenter College of Design, Gloria has been an educator for over two decades. As Director of Archetype Press, ArtCenter’s letterpress studio, she redefined the value of typography and analog technology in the digital landscape. Gloria currently serves as Executive Director of Hoffmitz Milken Center for Typography, which furthers the advancement and study of typography through its educational programs, student scholarships and awards, educator grants, and fellowships. She lectures internationally on design topics that include culture, politics, education, and ethics. Gloria holds a BA in fine art and an MFA in design and is currently a board member of Association Typographique Internationale. 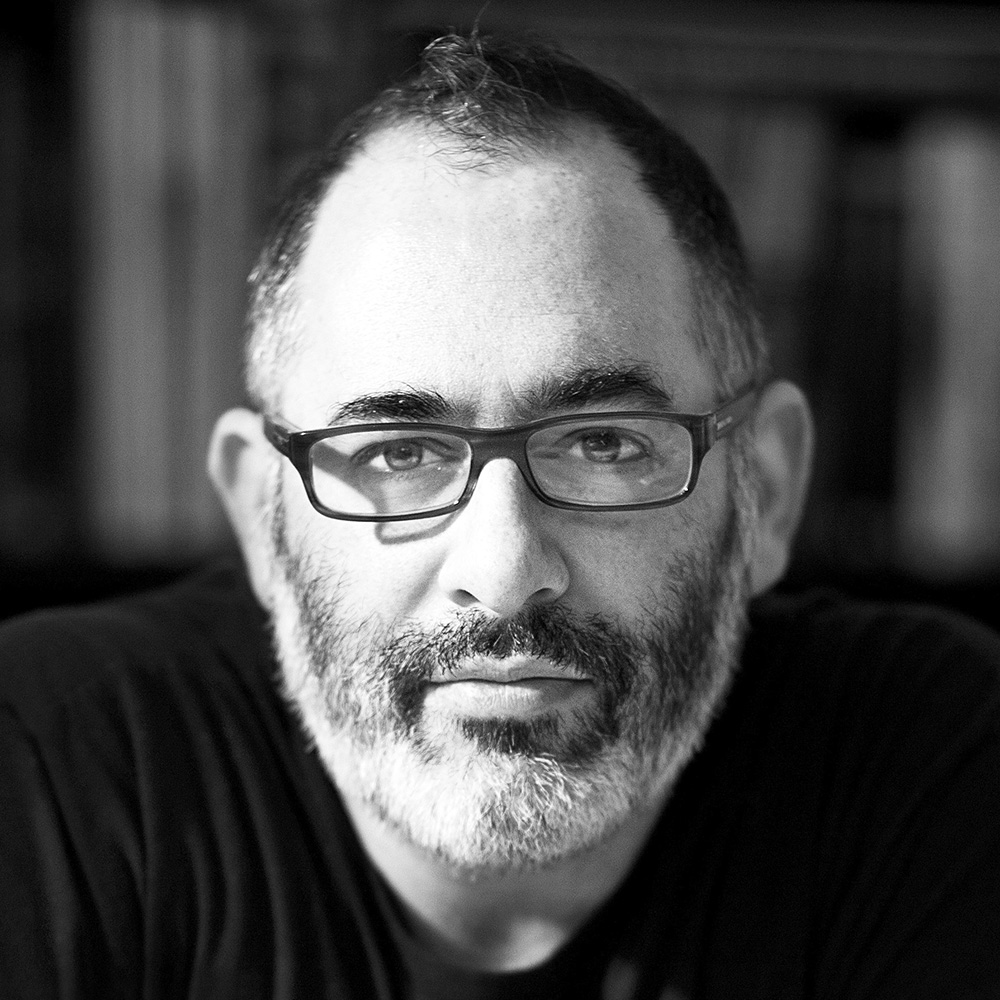 Golan Levin is an artist, engineer, researcher and educator. His projects have engaged themes and materials such as interactive gestural robotics; the tactical potential of personal digital fabrication; new aesthetics of nonverbal interaction; and information visualization as a mode of critical inquiry. Golan is Professor of Electronic Art at Carnegie Mellon University, and holds courtesy appointments in CMU’s School of Design, School of Architecture, School of Computer Science, and Entertainment Technology Center. He also serves as Director of CMU’s Frank-Ratchye STUDIO for Creative Inquiry. His work is included in the Museum of Modern Art and the Whitney Biennial, and has been recognized with many grants and awards. 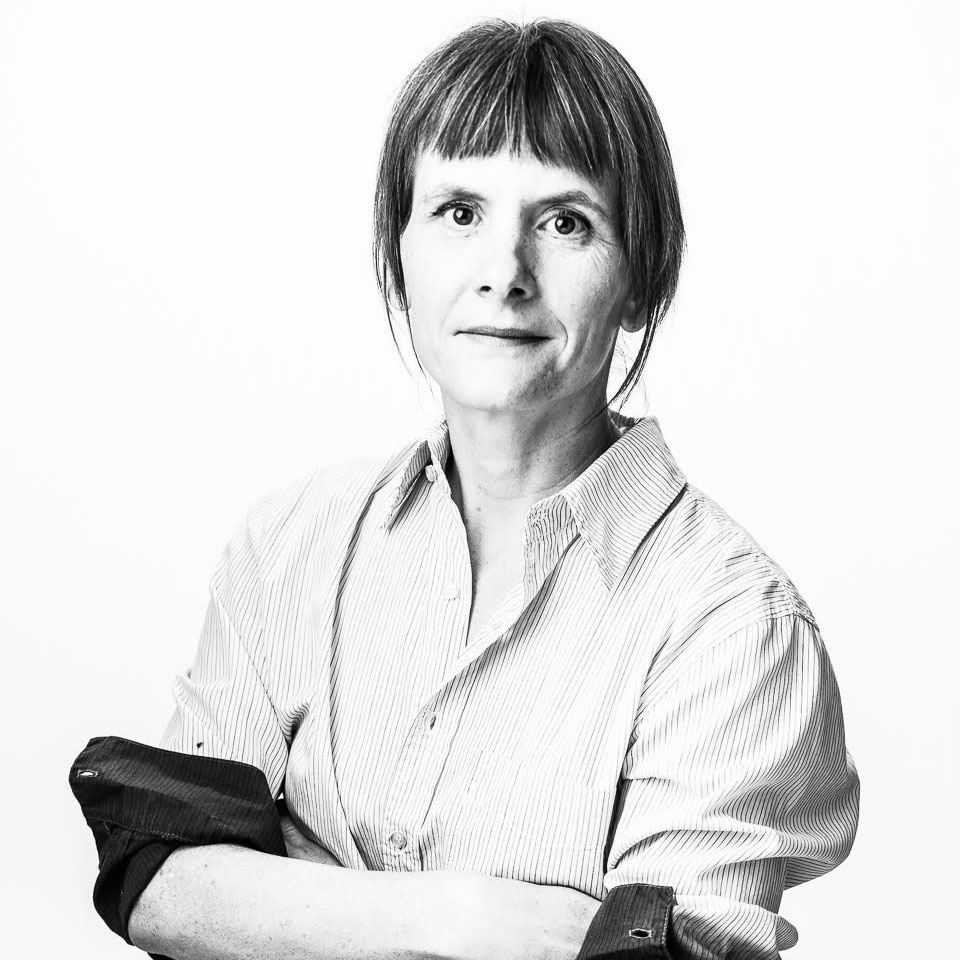 Pamela is a graphic designer and art director with 20 years of experience in branding and design, with a strong focus on print. She grew up and studied in Germany, and holds a master’s degree in Graphic Design. She is a faculty member of ArtCenter College of Design, teaching courses on foundational typography, sequential narrative, and identity systems to graduate and undergraduate students. As a freelance art director and designer, her projects include magazines, brand identities and guidelines, campaigns, OOH, experiential design and some broadcast. Notable past clients include National Geographic Magazine, Hulu, Sony Entertainment, Sephora, WWD, Surface Magazine, A+E Networks, Imagine Entertainment, and more. 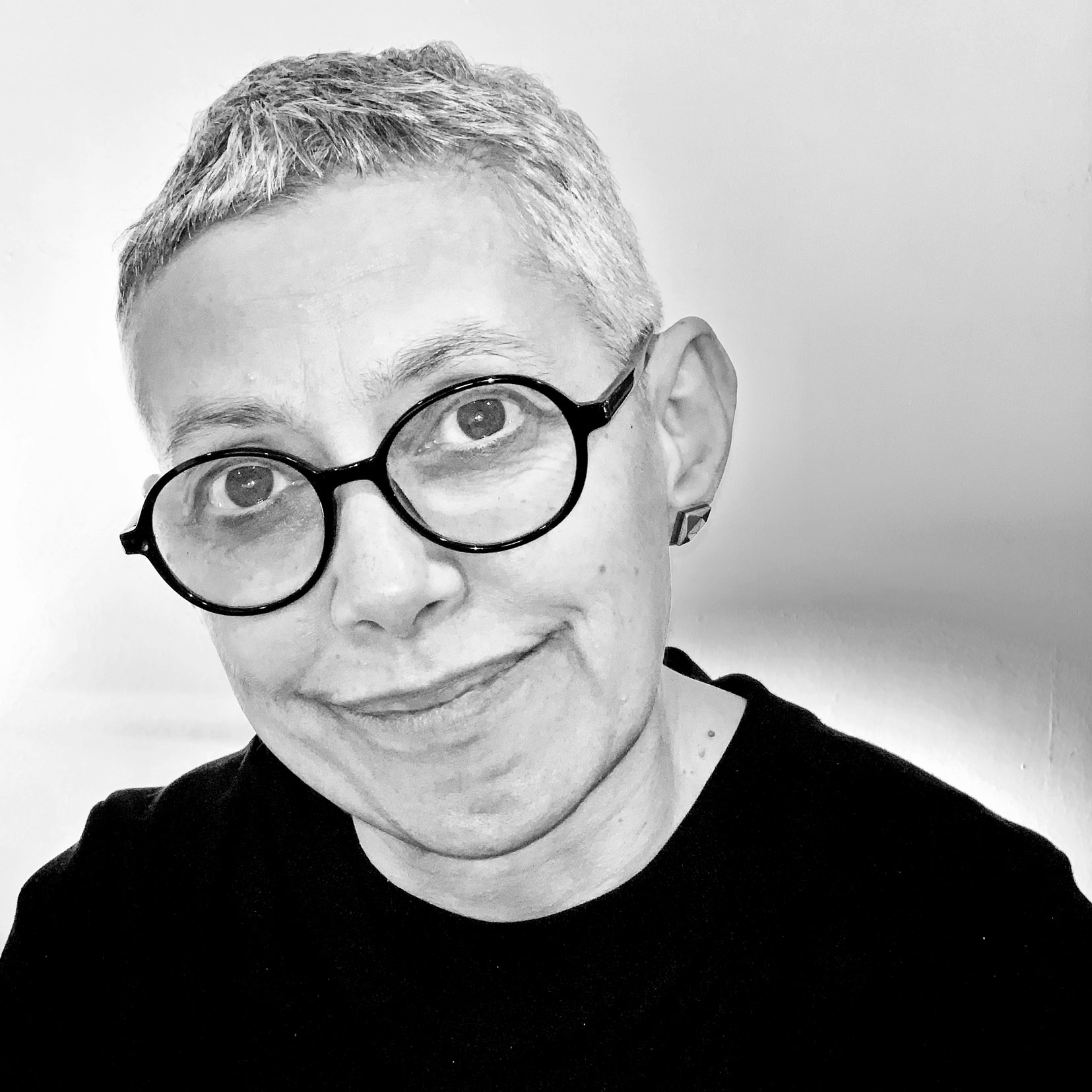 Lucienne is a graphic designer, design writer and educator; founder of studio LucienneRoberts+ (LR+) and co-founder of advocacy initiative GraphicDesign& (GD&), practice and research characterised by her interest in ethical design. A graduate of Central Saint Martins, Lucienne was HMCT Typographer-in-Residence 2018. As GD& co-founder she co-originated and co-curated two major London exhibitions exploring the value of graphic design: Can Graphic Design Save Your Life? (Wellcome Collection, 2017), and Hope to Nope (the Design Museum, 2018). Lucienne is a member of AGI and was made HonFellowISTD in 2021. 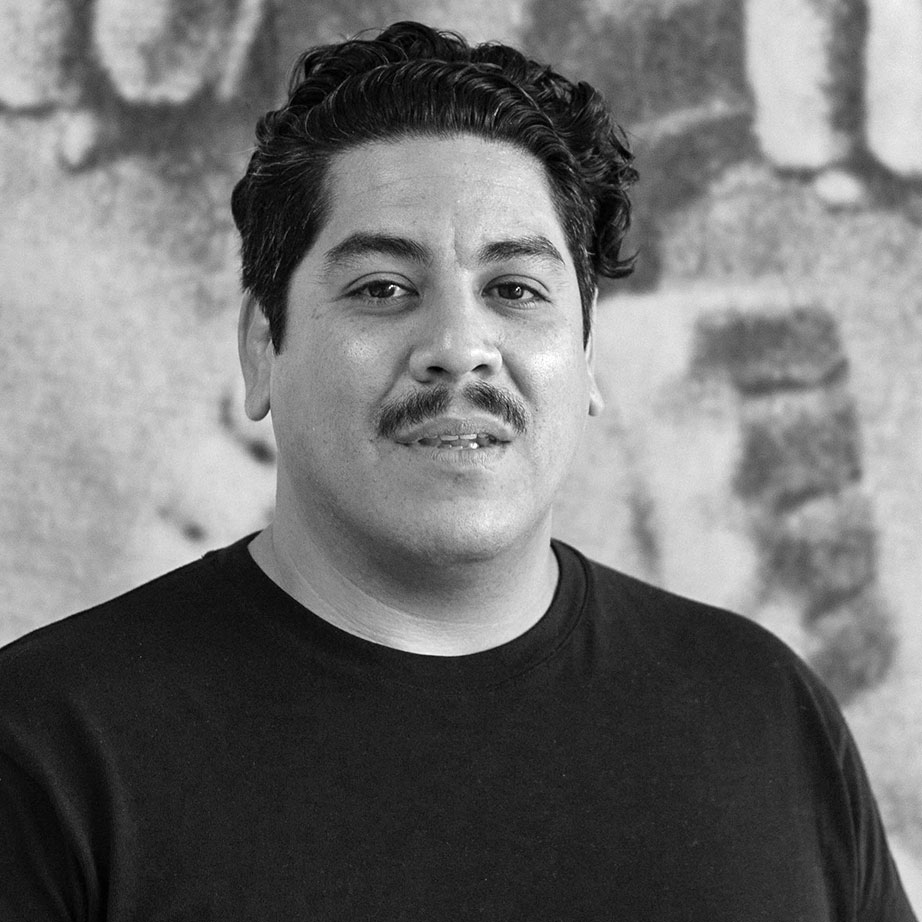 Stephen Serrato, based in Los Angeles, began his graphic design practice after receiving a BFA from the Art Center College in 2005. He received his MFA from the Werkplaats Typografie, Arnhem, Netherlands in 2010. His work has been exhibited internationally, and was most recently included in the Work from California exhibition at the 25th International Biennial of Graphic Design, Brno, Czech Republic. He specializes in design for art and cultural institutions and independent record labels. Clients include: 18th Street Arts Center, Amsterdam School of the Arts, Bing, de Appel Arts Center, Ford Calumet Environmental Center, International Architecture Biennial Rotterdam The Underground Museum, Warp Records, and What Matters Most Films. 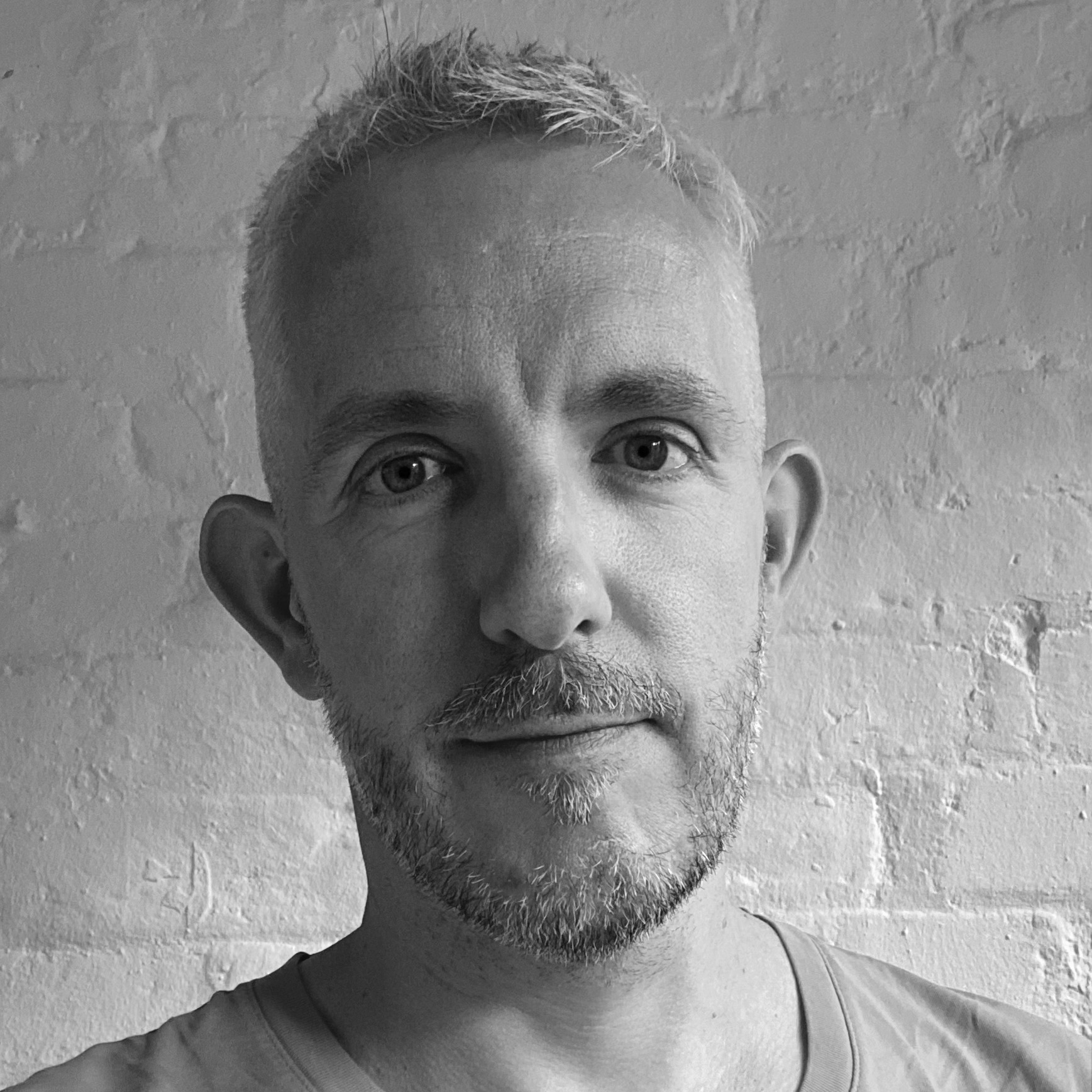 David is a graphic designer, photographer and educator, and is a key member of the LR+ team working on exhibition, identity, campaign and multimedia design projects for arts organisations, charities, social enterprises and think tanks. With Lucienne Roberts, David co-curated Hope to Nope for London’s Design Museum — a major, pioneering exhibition on political graphic design. As an educator, David leads the language unit at University for the Creative Arts. 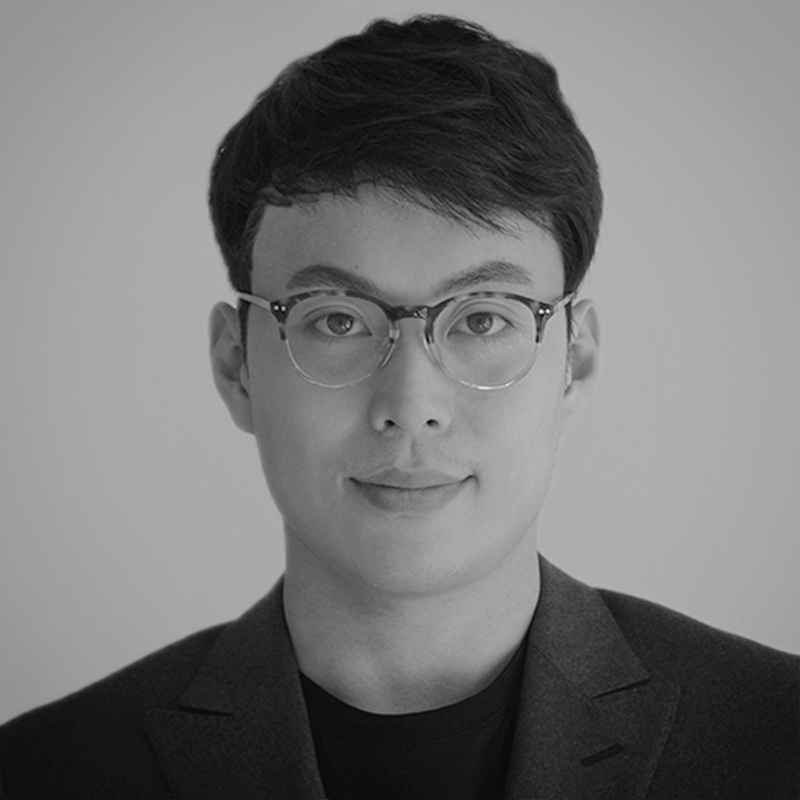 Kyuha Shim (Q) is a designer, researcher, and educator based in Pittsburgh. He is Associate Professor in the School of Design and Director of Computational Creativity Lab at CMU. Shim works in the integrative and interdisciplinary realm of art, design, and technology, with a particular interest in the language of systems. Central to his practice and research is the use of computational thinking as a methodology for design in creating generative systems informed and driven by data. His work has been featured internationally, including Design Observer, Walker Reader, Wired, Typeroom, IDPURE and GRAPHIC and recognized by ADAA, A’Design, AIGA, core77, Graphis, red dot, iF, IEEE, istd, Spark, STA, TDC, Tokyo TDC and output. 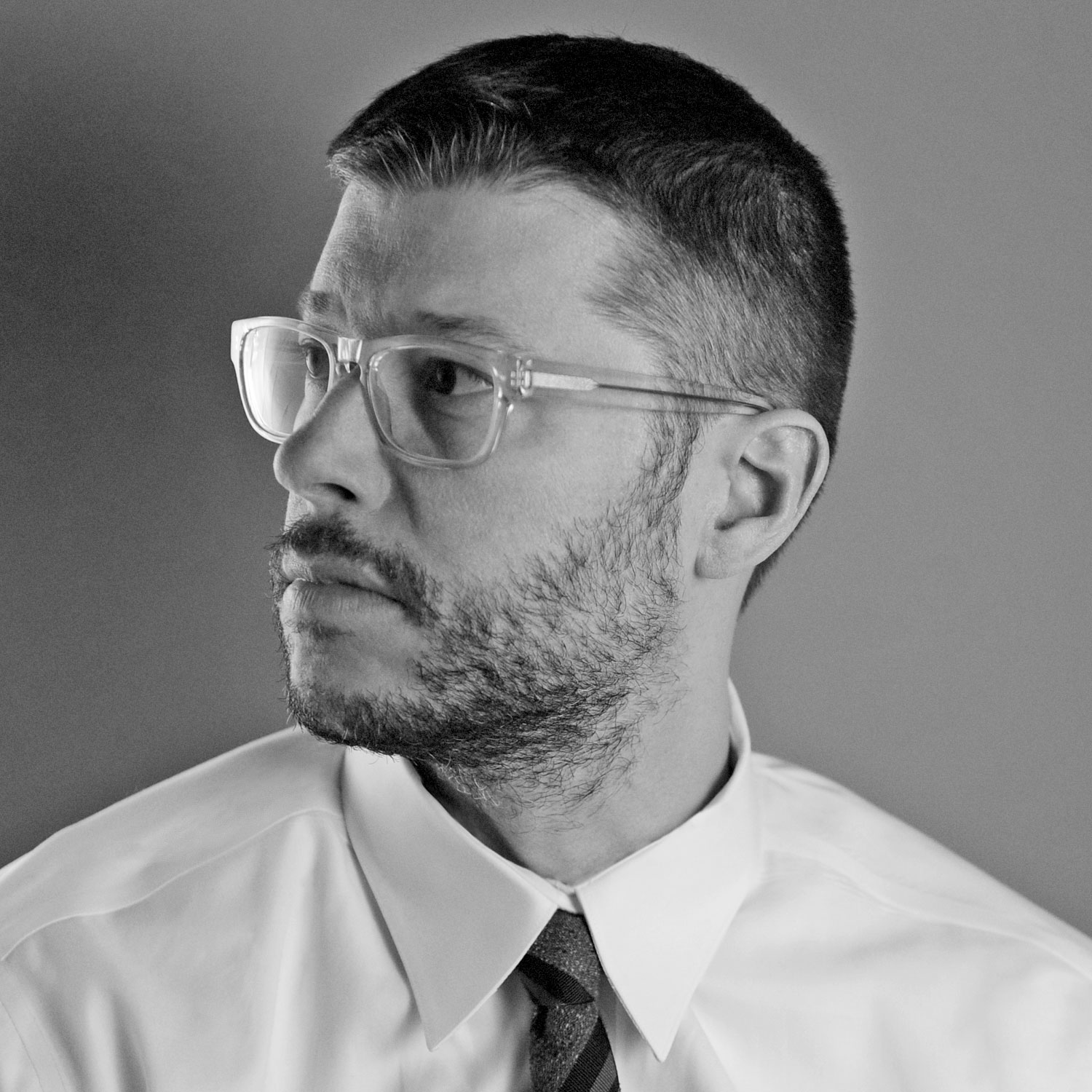 Christopher Sleboda is a graphic designer and educator, currently Associate Professor of Art, Graphic Design at Boston University. He also teaches at the Rhode Island School of Design. Christopher is the co-founder of Draw Down Books, conceived to design, publish and sell titles focusing on graphic design, typography, photography, illustration, architecture, and art. He produces work under the studio name Gluekit, providing images and illustrations for an international clientele. His work is featured in more than a dozen books about graphic design, product design, and illustration, and he is the author of two monographs: Cleon Peterson, and Hardcore Fanzine: Good and Plenty, 1989–1993. 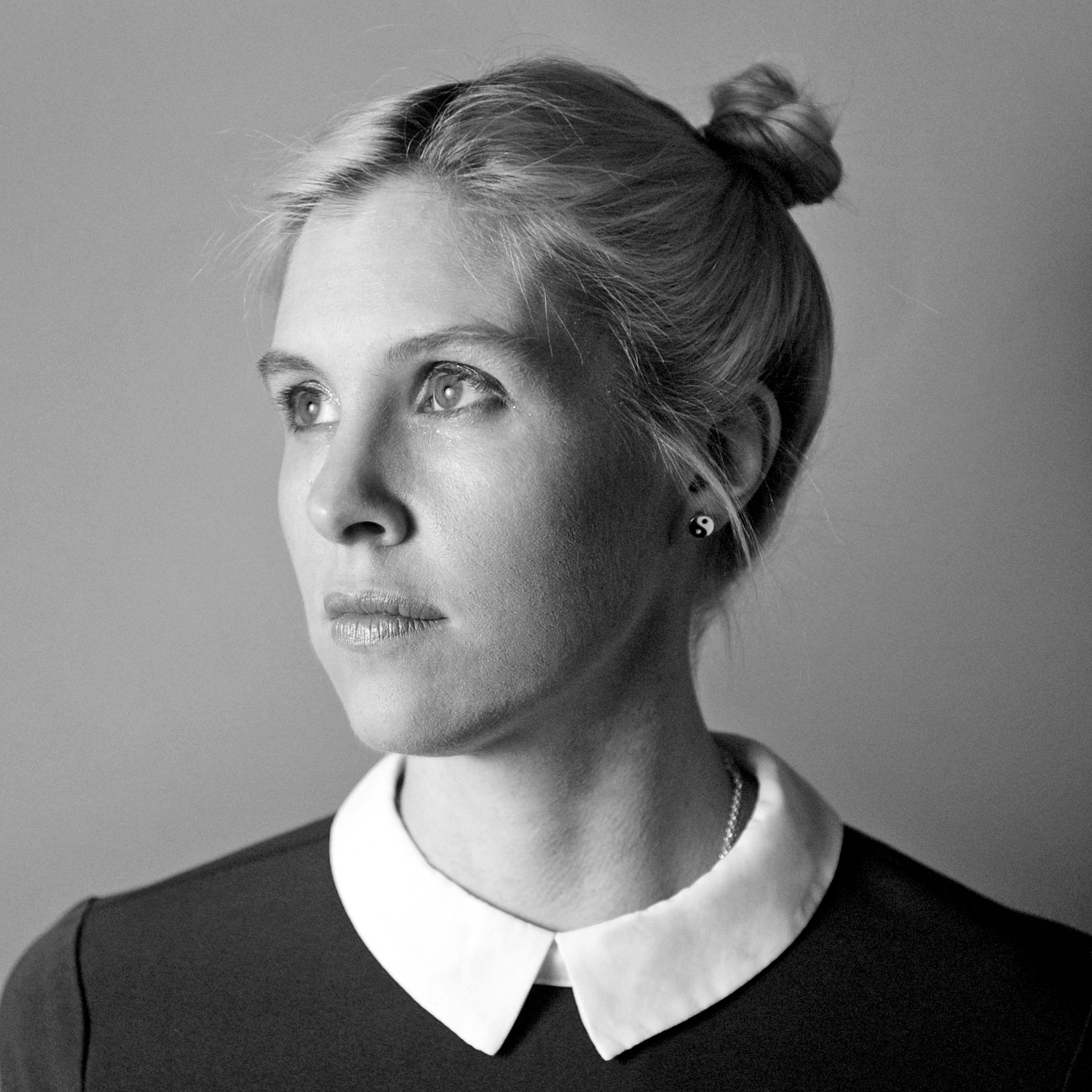 Kathleen Sleboda is an art director, graphic designer, and illustrator, currently teaching at the Rhode Island School of Design. Her work crosses disciplines and involves making, curating, collaborating, and documenting. Co-founder and design director of Draw Down Books, she designs books and printed materials while lecturing and writing about design, independent publishing, indigenous knowledge systems, and cultural heritage preservation. A principal of Gluekit, she has worked for clients in publishing and advertising. A graduate of Yale University and University of British Columbia, she splits her time between Boston and Connecticut on the homelands of the Quinnipiac, Pawtucket, and Massachuset. She is Nlaka’pamux and a member of the Coldwater Indian Band of Merritt, BC. 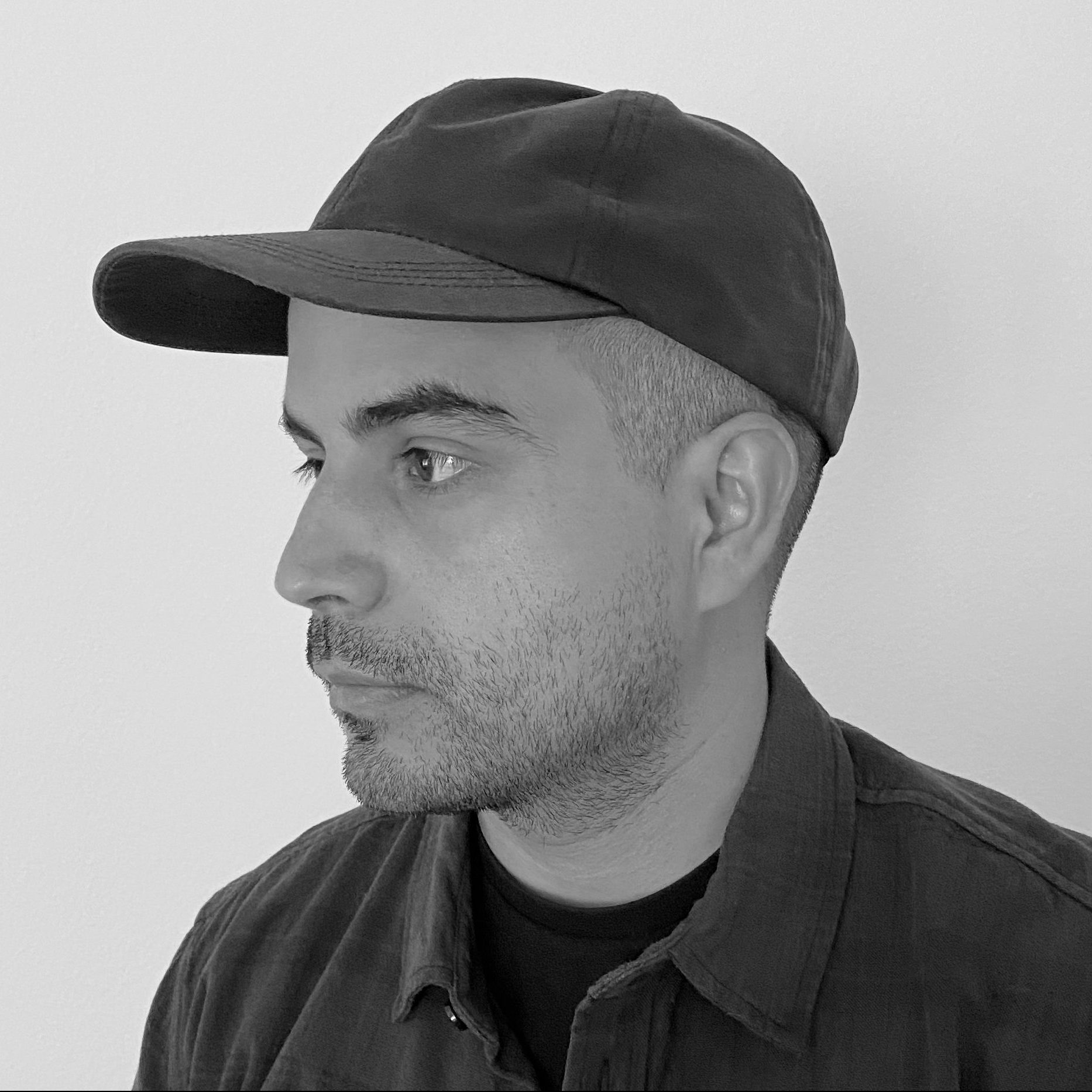 Roy Tatum is a Los Angeles-based multidisciplinary designer. He’s worked on everything from wearables to websites and apps, to printed matter and visual identities. He’s worked with and for companies like Apple, Nike, The California Science Center, Wove, and Target. He is a Co-founder and Creative Director at Numbers, a design studio specializing in type design, identity design, and illustration projects both self-initiated and for a variety of clients, from small startups to established brands. He also teaches Generative Design and Generative Typography classes within the Graphic Design program at ArtCenter College of Design. His classes explore how code can be used within the context of graphic design through hands-on demos and discussion of the technical and cultural history of programming as it relates to design and art.